Concerns rise about spread of coronavirus variant in London 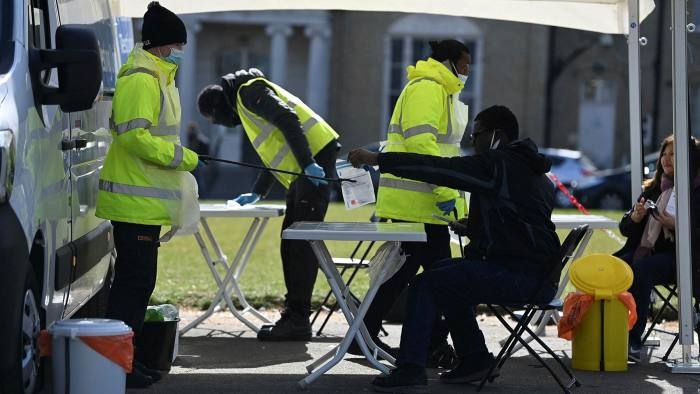 “Surge testing works until the day that it doesn’t,” said Danny Altmann, professor of immunology at Imperial College London, adding that the variant could “completely devastate us” if health officials were unable to prevent it from spreading nationwide — like B.1.1.7 did at the end of last year. While the first case of 501Y.V2 found in Southwark was believed to be linked to the initial cluster in Lambeth and Wandsworth, genomic sequencing indicated that the Barnet case was unconnected. The new cases have caused concern in the government as several of those infected had received at least one shot of either the AstraZeneca or Pfizer vaccine, suggesting the variant may have been able to resist vaccine protection, according to one test and trace official.

Keep up to date with COVID-19 Lockdown Exit Analysis

Select or add an image to the Image library